Either way, the success of online retailers is unquestionable. What’s also apparent is the high street as we know it is dying and that’s straight from the British Retail Consortium’s press office. Footfall is dropping at an alarming rate and that means traders need to embrace online selling or fail. 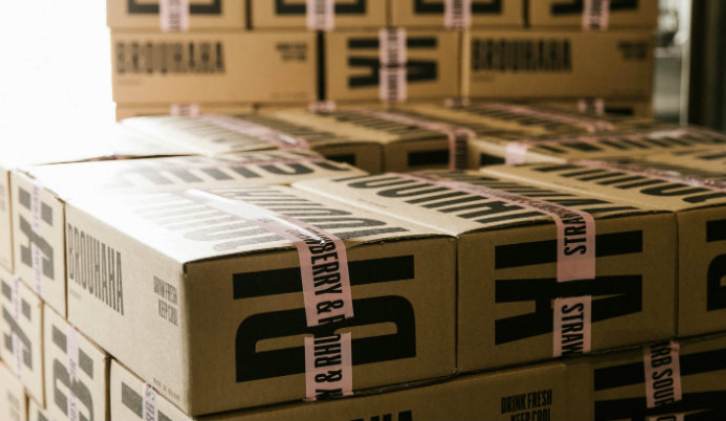 Either way, the success of online retailers is unquestionable. What’s also apparent is the high street as we know it is dying and that’s straight from the British Retail Consortium’s press office. Footfall is dropping at an alarming rate and that means traders need to embrace online selling or fail.
Here are some great businesses that have already moved online to service the same customers that once visited their premises in the real world.

A trusted high street brand that many people grew up with, but sadly, a year into the recession in 2008, Woolworths folded on the high street in the UK because the rising cost of trading meant it was consistently losing money. The Woolworths brand still has a presence in other countries, but it is the home shopping group, Shop Direct, who now own the brand.

Littlewoods is another brand many of us will remember from our youth, but the high street presence is now limited to catalogue outlet shops. However, Littlewoods is thriving after merging with its competitor Kays Catalogues and forming the Littlewoods Shop Direct Group, which incidentally owns Woolworths.

Even the largest retailer in the UK concedes that online trade will replace many in-store operations; they first announced plans to change in early 2012. Tesco are moving away from ‘the bigger the better’ mentality because it realises that some areas are more profitable online and the willingness for customers to spend an age on one store is waning. This year, news in The Independent and The Guardian showed that Tesco’s business model is going through many changes and Tesco CEO, Philips Clarke, recently reiterated his intention to develop online sales.

After the Gadget Shop went into administration in 2005, there was a clamour from a number of competitors, but RED5 seems to have secured the lion’s share of the high street gadget trade, and although there are several online competitors, RED5 fairs well in online sales; most likely thanks to brand familiarity. It may come as a surprise, but RED5 founders Joth Baron and Jonathon Eldridge, started the business in 2006, the year after their Gadget Shop folded.

The brand famous for big labels with low prices has taken it’s business to people’s living rooms and mobile devices. The success of T-K-Maxx’s online store in the UK has meant the American parent company is re-launching it’s online presence in the U.S. under the name of their sister company T-J-Maxx. Eight years ago, the company didn’t realise the size of the market or how quick internet shopping would expand, but it’s now able to follow a proven model that should prove much more successful.

The Arcadia Group owns many famous UK high street brands, namely BHS, Burton, Dorothy Perkins, Evans, Miss Selfridge, Topman + Topshop and last but not least, Wallis. Each of the high street shops has an increasing online presence with sales figures expending by 250% for the Arcadia Group each year. They’ve recently released a range of shopping apps for mobile devices that are going to increase sales even further. The Retail Gazette reported the sales on mobile devices increased by 100% in the previous twelve months, which highlights the fact that the Arcadia Group made the right decision to accommodate customers not just online, but with their own device specific apps.

With the Centre for Retail Research expecting one in every five sales to take place online in the next five years, any business without a significant online presence is likely to lose contact with at least 20% of their market. Retail businesses may need additionally financing in the form of Retail Loans to revive their sales and boost customer engagement. Liberis work with a Business Cash Advance that could help you with such, and it works in line with your cash flow so there’s no need to worry about late repayments or unexpected charges.

How Do Small Businesses Represent Themselves Online?

From increasing brand awareness and sales, to targeting your audience and gaining a competitive advantage, the internet boasts a world of opportunity for small businesses. We spoke to over 100 small business owners to find out just how they're keeping up with digital trends and making the most of their online platforms. Read on to see our findings.

Having a strong online presence is critical as it is the most active and accessible way of representing you and your business. And with the right tailoring, your online identity can be a powerful marketing tool too.

Either way, the success of online retailers is unquestionable. What’s also apparent is the high street as we know it is dying and that’s straight from the British Retail Consortium’s press office. Footfall is dropping at an alarming rate and that means traders need to embrace online selling or fail.